Hineni (Here I am). Where are you? 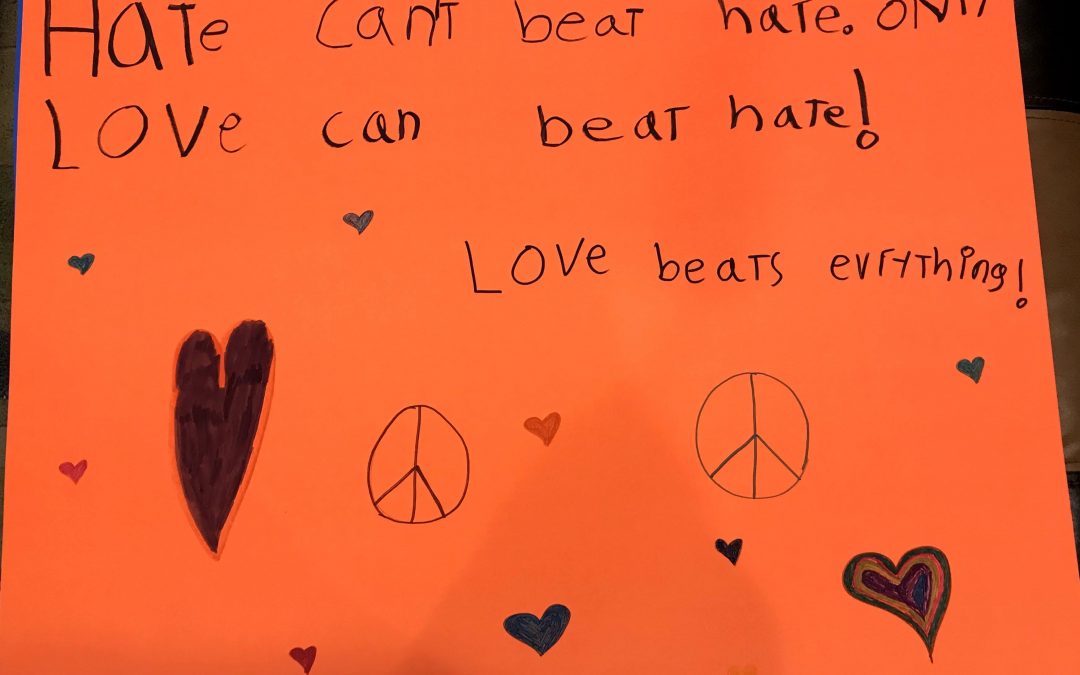 A core tenet of Judaism is an emphasis on understanding what it means to be the “other.” Woven throughout Jewish texts is a directive to remember what it means to be the stranger in a strange land. My husband and I take this principle seriously and have intentionally infused it into our parenting approach. We model, as best we can, what it means to have ‘upstander’ qualities. We expect our children to reach out and play with the lonely child sitting on the buddy bench at recess; we remind our kiddos to have menschlekeit behaviors; and we talk regularly about the power of using our voices to fight injustices so as to be part of the change our world needs so desperately. When there are marches in our town to raise awareness and demonstrate solidarity with the pain and unjust actions taken against the Black and Brown communities in our midst we engage and say, Hineni, ‘Here I am’. We explain to our children what is happening in current events, we read the writings of Reverend Dr. Martin Luther King Jr., we decorate our poster boards with words that highlight the power of humanity (“Together Beat Hate”), and we ‘pray with our feet,’ as Rabbi Abraham Joshua Heschel taught us.

When there is animosity directed toward LGBTQ+ community members we reach out with genuine concern and empathy. Once again, we say Hineni, ‘Here I am’. We openly discuss that each individual is made in the image of G-d and that all human beings are unique and valuable irrespective of their gender and sexual orientation. This is what we do, what we believe.

We are keenly aware of the injustices that have flowed from decades and centuries of discrimination, inequalities, and marginalization. We educate ourselves about the history of abuses of power and hierarchies that exist in our society. We see the need to challenge presumptions that have been held and carefully and thoughtfully reconstruct the tapestry of this country that is predicated on a multicultural spirit and ethos.

For us, our Jewish particularism demands that we engage in a meaningful way with all humanity. Our universal actions are animated by our particularism and yet when we look behind us, to our right and to our left, we don’t see our fellow human beings standing with us in solidarity as we once again are deemed to be targets.

We aren’t seeing reciprocity from those same marginalized groups. I don’t see the moral outrage for the indiscriminate attacks against Jews in this country. I’m talking about the outward clear denunciation of Jew hatred as my people are attacked for their identity. I’m talking about the assaults on sidewalks, where it feels like sport to pummel a Jew.

Where are the condemnations from community leaders, clergy, and elected officials when mobs and bullies call for the death of Jews in the streets of New York, Los Angeles, Chicago, Toronto, and internationally in London, Brussels, and the list goes on? How is it possible that in our America in the 21st century a gang of Palestinians can drive around the streets of Los Angeles yelling, “Who is Jewish?” hunting for their Jewish prey similar to the Cossacks in Ukraine in 1919? When cries for igniting World War III against the Jews are hurled, why does this not cause an immediate ringing of the alarm bell? Where are the Palestinian American voices condemning these thug-like behaviors, shouting from the rooftops that this scaremongering utilizes Hamas-like tactics and has no place in today’s society? Where are the supposed allies of marginalized communities? Why are they retreating, cowering, and silent? Where is the public display of support for Jews, the way it is expected that Jews “show up” and be present for the multiple identities and communal experiences within our civil framework? Why the double standard and hypocrisy?

The silence from our supposed allies is deafening. Not once have you asked how my children feel knowing that Jewish concerns are being ignored. Not once have you asked genuinely how you can help educate yourself and your community about Jews, Judaism, and Israel. Not once have you asked how it feels for Jews to question whether or not they need to “hide” their Jewish identity in public (and yes, I recognize that there is a privilege associated with the ability to cover up one’s identity as it is not apparent merely by one’s skin color). Not once have you expressed concerns about the vandalism against synagogues and Jewish neighborhoods, the swastikas spray-painted on campus quads, and the hate-filled slogans and memes in our social media feed. Your claims to be ‘just anti-Zionist’ are theoretical and naïve at best, and at worst, a guise for politically correct Jew hatred.

I’m not interested in the talking points spouted by too many who know too little, those who use hashtags and slacktivism as a means for their performative allyship. Why don’t the ubiquitous lawn signs I see dotting every neighborhood include, “Never Again must Jews be vulnerable”? Why can’t people hold complexity and nuance while recognizing that hate is callous no matter who it targets? Why can’t the value of human dignity for all peoples be a north star for the myriad of social justice movements and not just for certain categories deemed politically correct? Why can’t we lean into the hard work required to build bridges between communities, engage with differences respectfully, and build the muscle of compassion for peoples irrespective of their national home, the deity(ies) they worship, and the ethnic communities to which they feel a sense of belonging?

Are you surprised that I expect more? Are you shocked by my straightforward articulation? No more mincing words. No more hiding behind politically correct language as the obfuscation does nothing but permit you to evade the reality that is taking place.